We are excited to announce that our keynote speaker is Professor Harry T. Reis from The University of Rochester. Harry Reis is an internationally eminent scholar who has led the development of the social psychological science of relationships. Harry’s extensive theoretical and empirical work has shown the critical role intimacy, responsiveness and compassion has in shaping human lives, and demonstrates that social psychologists cannot truly understand social behavior without understanding the relationship context of that behavior. 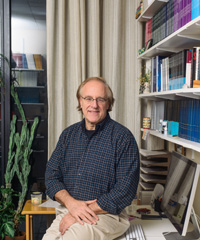 People often describe their wish for social partners who are responsive to their needs and preferences, and when they perceive that others have been responsive, individuals and their relationships typically thrive. Common as this desire may be, social psychologists have rarely considered how a relationship construct such as perceived partner responsiveness might more broadly inform our understanding of social behavior. In this address, I will describe a theoretical model that illustrates the relevance of perceived partner responsiveness to a diverse array of core social-psychological processes and phenomena, including trust, gratitude, self-enhancement bias, emotion regulation, and attitudinal openness and structure.

Professor Felicia Pratto, University of Connecticut earned her PhD in social/personality psychology from NYU in 1988. Her research focuses on intergroup relations and power and uses multiple methods. She has been active in ISPP leadership and other professional societies and enjoys international teaching. She is co-author of Social Dominance Theory with Jim Sidanius, and is author of a new general theory of empowerment called Power Basis Theory.

Talk: Power and Position in the Social Ecology: Implications for Perceived Justice

Conceptions of what is just, such as equal starting points, equal outcomes, equity or meritocratic allocations, due process, blind justice, meeting basic needs, can be in conflict. Further, in apparent contradictions with justice principles people endorse, they often argue that what is fair is that which benefits people in their own positions. On the assumption that what shared conceptions of justice do is to help organize power, I use a Power Basis Theory approach to studying what is subjectively fair. Power Basis Theory holds that people are motivated to meet their basic needs for survival and thriving, and that specific types of needs correspond to specific forms of power. Further, it argues that one’s degree that one’s needs are met, or is empowered, depends not only on individual capacities, but on the affordances of the ecology. As such, I propose that fairness judgments will depend on a) the extent to which one’s needs are met, b) perceived ecological assets and affordances, and c) one’s positional access to forms of power. Broader social-political contexts also moderate these processes. I provide evidence for these propositions in three international surveys about perceived fairness of people’s political system, and in a series of power-game experiments in which types of power, needs, and context are manipulated and justice judgments are measured in the grammar of the game.

Your cart is empty

Even better, @Karen_Douglas maintains a remarkable "Conspiracy Theory Database" on her website where you can find hundreds of papers on the topic (or submit any missing papers to the database).

Anyone interested in doing a PhD on social cohesion and resilience through intercultural music engagement? Fully funded post with an amazing team at @Macquarie_Uni Sydney. Info on the link below. 🎼🎧 https://twitter.com/KirkOlsenPhD/status/1231744262791819264